Who are we? And where are we going on this tiny planet of ours, this bright sparkle of life in a Universe so ridiculously vast? It’s a question worth exploring, if you have five minutes in your busy COVID day.

Almost all scientists assume that the Universe is a solidly material realm, consisting of packages of atoms that have, by the happenstance of chance, turned themselves into polar bears and poets. We may have come from stardust, but we have no inherent direction or purpose. Where are we going? You might as well ask what a stone wants for breakfast.

END_OF_DOCUMENT_TOKEN_TO_BE_REPLACED

February 5th 2020. I am posting this here because it won’t fit into the commentary box on CASSE’s website. It’s a response to Brian and Riccardo’s posting titled Degrowth Toward a Steady-State Economy: Unifying Non-Growth Movements for Political Impact.

Where I stand, outside academia and living among by a community of activists and change-makers, I don’t think the phrase “Degrowth towards a steady-state economy” will work.

END_OF_DOCUMENT_TOKEN_TO_BE_REPLACED

This is most of the final Chapter 34 of my novel Journey to the Future: A Better World is Possible. The book is set in Vancouver in the year 2032, by when it has become the world’s greenest city, alongside Portland and Copenhagen. Patrick Wu, a 24-year-old Chinese Canadian, is visiting a future world brimming with innovation and hope, where the climate crisis is being tackled, the solar revolution is underway and a new cooperative economy is taking shape. But enormous danger still lurks. The final chapter consists of this Dinner Party. All of the philosophers and scientists mentioned in the text are real, except Satyanendra Mukherjee, who wrote the First and Second Laws of Syntropy.

This is a long read. It’s about syntropy, entropy, religion, the question of whether the Universe has purpose, the omnipresence of consciousness, its relationship to quantum theory, the relationship between the inner and the outer realms, the nature of free will, the shortcomings of the standard model of physics, deep history, and why this is relevant to the multiple crises we face today.

Guy Dauncey is an author, speaker and ecotopian futurist who works to develop a positive vision of a sustainable future, and to translate that vision into action. He lives on Vancouver Island.

END_OF_DOCUMENT_TOKEN_TO_BE_REPLACED

A persuasive story is an essential piece of equipment for a determined journey. Here’s the story I use to keep me rolling along.

Once upon a time, a long, long time ago, before what we call the Universe existed, there was something, let us call it ‘being’ with a small ‘b’. Being expressed itself first as space-time and then as matter, becoming being-matter. It’s as good an explanation as any. Paul Sutter, a well-known astrophysicist, says “In the beginning there was a question mark.”[i] Stephen Hawking said in the beginning there was a singularity without time or space, but he couldn’t explain how it got there.

END_OF_DOCUMENT_TOKEN_TO_BE_REPLACED

Growing up in southern England and Wales, we always lived close to the woods, streams, and hills of the nearby countryside. The towns were built to be dense and tight, so it was relatively easy to walk out of the buildings and away from traffic into a land of kingfishers, beech trees, and marsh marigolds. It was “smart growth” before anyone had invented the term.

Today, I live in a clearing with a small, organic nursery in a recovering, second-growth forest, just north of Victoria. On a typical winter day, we see ravens, tree frogs, a Cooper’s hawk, hummingbirds, blue jays, and woodpeckers, as well as worms, spiders, and a host of smaller birds. And, of course, the forest.

In the August 6 2005 issue of New Scientist, Joan Maloof, a biology professor at Salisbury University in Maryland, describes how the Japanese have a word to describe the particular air of a forest. They call it “wood-air bathing.” Maloof writes: “Japanese researchers have discovered that when diabetic patients walk through the forest, their blood sugar drops to healthier levels. Entire symposiums have been held on the benefits of wood-air bathing and walking.”

I’m able to enjoy shinrin-yoku all the time, but for those who live in concrete canyons, amidst a soundscape of car alarms and sirens, instead of the croak of frogs and the wind, it has become a distant experience. END_OF_DOCUMENT_TOKEN_TO_BE_REPLACED 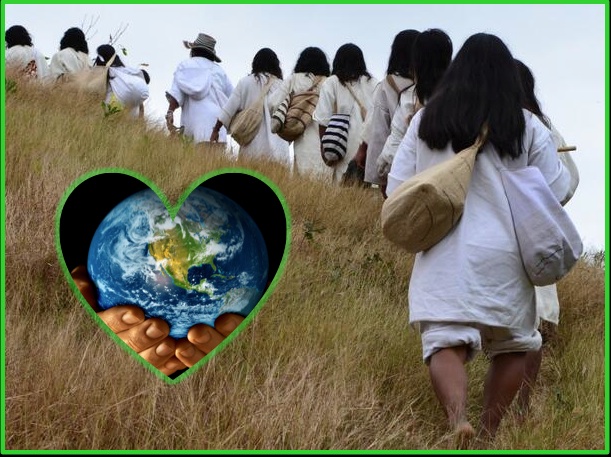 Pick your despair: climate change, the death of the world’s oceans, the looming extinction of three million species, or the selfish egotism of the wealthiest 0.1% of humans?

Some may respond with angry words about fear mongering. Others will say, “Give me a cocktail—it’s all of the above.”

Most of my friends are in the latter camp: on the rare occasion when I meet someone who believes that climate change is a conspiracy and the real problem is government refusing to let people get on with their lives, well, let’s just say the meeting never blossoms into friendship. END_OF_DOCUMENT_TOKEN_TO_BE_REPLACED