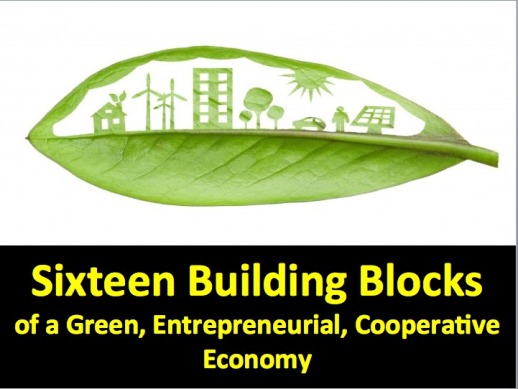 The slides that accompany this presentation can be found here: http://www.slideshare.net/GuyDauncey/a-green-cooperative-economy

The transition from a capitalist to a cooperative economy could be one of the defining achievements of the 21st century.

In history, everything changes. The foundations of capitalism were built by merchants and mercantilists in the 16th and 17th centuries in response to the oppressiveness of feudalism. It developed into full-fledged industrial capitalism in the 18th and 19th centuries, and into financial capitalism at the end of the 20th century, using global free trade, shadow banking and offshore tax havens to overpower and sidestep much government taxation, regulation and control. END_OF_DOCUMENT_TOKEN_TO_BE_REPLACED